Offline
Me, my wife, and two girls are thinking of heading out to San Diego for summer vacation this year. Anyone know of 'must-do' things to catch while we are there? Any good places to eat?

Offline
Wow, where do I start....
Mission San Diego, the first and oldest mission in California and still an active Catholic Church is a must see.
Go to a Padres game at Petco Park; a really beautiful facility.
Sea World is nice for a family outing.
If you are willing to drive a bit, Disneyland is about an hour away in Anaheim and pretty much anything under the sun is in L.A., about 2 hours away.
That's just off the top of my head.
If you want to know about anything specific just ask.

One of the female whales apparently has a world class hoo-hoo.

In fact, the city was named for it.

Offline
which area of san diego are you staying in? (ie downtown, la jolla, etc)

Offline
San Diego is one of the best places to visit in the whole country. Perfect weather, very walkable downtown, all sorts of things to see and do. Off the top of my head:


San Diego Zoo: one of the best in the world, and so big it comes in two pieces: the main Zoo, in Balboa Park near downtown, and the Wild Animal Park, about half an hour to the north. Both are worth doing.

Downtown waterfront: lots of boats to tour, including an aircraft carrier (USS Midway) that's now one of the most popular attractions in town, and all sorts of other things to do.

Sea World: a must with kids

Legoland: a must with my son, may or may not be your girls' thing but the cities built out of Legos (including New Orleans) are amazing even if you're not otherwise a Lego fanatic. An hour or so north of the city.

Beaches: Some really nice ones, if you like that sort of thing.

I could keep going, but this is a good start. Notice I didn't mention Tijuana, which is probably best avoided now, although the ride down to the border on the streetcar is kind of interesting.

Offline
San Diego is a great town. Some of the friendliest people around, perfect weather, beautiful beaches (and women) the best Mexican food anywhere. The zoo is fantastic and Seaworld in S.D. makes the one in Orlando look pathetic.

Offline
Things to do in San Dog

I lived there for 7 years. Took my girls (ages 15 and 10 at the time) back for vacation for a week and didn't have enough time to do all we wanted. It really depends on what you are interested in because San Diego has it. Everybody has their own opinions but I would stay away from Disney and Sea World. Orlando is a lot closer to NOLA and you can do that there. Balboa Park is worth checking out because there are about a dozen museums. I would go to the Reuben H. Fleet Space and Science Museum. Kids love that place. The zoo is also there and worth seeing, but you can't see it all in one day. Like the others said, there is a lot downtown. But I always liked Seaport Village. Mt. Soledad or Mt. Helix at night for the views. Soooo many places to see. Hotel Del Coronado, Sunset Cliffs, the glider port, Colby's swap meet, Point Loma lighthouse, about a dozen awesome malls, ice skating, take a trolley ride, the Star of India, and several awesome beaches. Get on the web and do some research. I'm sure you'll find whatever interests you. Have fun!

Online
Are drugs off the table?

All good ideas. Just make sure to go to Kono's on the beach, and maybe hit up World Famous.

Offline
according to south park there is always jackin it in San Diego.

Online
Tide pools are great. The light house by the tide pools. Old Town is fun, but lets get real, this is San Diego, hit up the boardwalk and take it the sites and sounds. 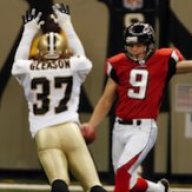 Offline
Our family took a trip to San Diego last May. My children, 5 and 2.5 (at the time), absolutely loved La Jolla and Children's cove. We didn't swim in the cove area but the seals were out in force and was fascinating. Near that area was a place they could wade in and just have fun. We ended up driving driving from Coronado to La Jolla twice upon their request.
OP

Offline
Thanks for the ideas! My girls are 11 and 16. We have done SeaWorld in San Antonio and Orlando in the last 5-6 years, so they decided against SeaWorld. We also went to Disney for Mardi Gras, so Disneyland is out, however, they want to see the new Radiator Springs area in Disney California Adventure so we might go there. Plus, it's much cheaper to fly into LA so we could either do it the first day or last day. Legoland was also vetoed.

Right now we are thinking of doing the Zoo (possibly both sides but please let me know if one side or the other is not worth it). My oldest daughter is interested in horses, so we were thinking a beach horseback ride. Of course the beaches and waterfront. I want to check out Gaslamp District, possibly the USS Midway (might get vetoed by girls) and Balboa Park. We are not affraid to drive around a bit. Some of you mentioned lighthouses, I think that would be interesting and something we haven't done.

What is the best part of town to stay in? We haven't booked anything yet. Also, what are some can't miss places to eat?

P.S. After looking around a bit, I'm considering staying in La Jolla. Is this a good idea?

Online
Point Loma then. You have the tide pools where you can see all sorts of sea creatures, and then drive up to the light house and catch the best view of San Diego.