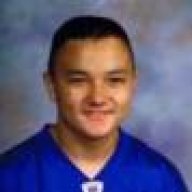 Offline
AP, New Orleans, La -- A dazed, confused Saints Headcoach Jim Haslett adressed the media today after his team's 35-3 drubbing by the defending Super Bowl Champion Pittsburgh Steelers. After a game which saw Saints quarterback Aaron Brooks throw two first quarter interceptions and fumble away the Saints' chance to get back in the game early in the 3rd quarter, the Saints are left reeling at the midpoint of the season with a disappointing 2-7 record.

"We just got beat, their defense played a heckuva game," said Haslett.

The Saints' running game was all but nonexistant as the Saints played catch-up from early in the 2nd quarter. Deuce McCallister, normally the Saints' workhorse, gained a paltry 27 yards on 13 carries and became a non-factor in the second half. With no running threat other than Aaron Stecker, the Saints opponents have keyed on McCallister all year and made his return from knee surgery unrewarding.

The decision in the off-season to trade veteran wide-receiver Joe Horn to the Dallas Cowboys for future draft picks has proved to be costly as Saints wide-outs have shown an inablity to get open or to hold on the the football when they do get open. The de facto #1 wide out for the Saints, Donte Stallworth, left the game with 2:30 left in the first quarter with a strained hamstring and spent the rest of the game shouting words of encouragment to the beleagured platoon of Saints receivers.

"We just got behind and never caught up -- you can't turn the ball over that many times and have a heckuva chance to win." That was the only explanation Haslett could extend in explanation of his team's sad performance.

The Saints' decision to choose the dynamic Young over the speedy Heisman Trophy winner Reggie Bush with the 2nd pick in the 2006 draft has left Saints fans wondering what the season would be like if Bush were wearing a fleur-de-lis. Although Bush has been slow out of the gate, he finally scored his first NFL rushing touchdown on Sunday after a hand-off by Titans QB Billy Volek as Jeff Fischer's squad posted a 35-20 win over the Baltimore Ravens and lifted their record to 6-3.

Haslett was uncharacteristically mum when when the press corps asked him about the blow-up he had early in the 3rd quarter when officials did not overturn a costly fumble by Aaron Brooks that appeared to be a "tuck-rule" type of incomplete pass. After the fumble call was upheld after a Saints replay challenge, Haslett stormed onto the field and nearly earned an expulsion from the game.

The Saints defense was challenged by an anemic Saints offense from early in the game and was unable to muster many stops and no quarterback sacks.

With no reliable run stopper, the Saints were unable to harness Pittsburgh's Willie Parker who fileted Saints defenders for a dazzling 195 yards, calling into question the decision not to pursue former Philadelphia DT Hollis Thomas, who instead has ended up with the 5-4 Tampa Bay Bucaneers.

Steelers QB Ben Roethlesberger scalpeled the Saints secondary as if he were performing a re-enactment of his own appendectomy. But it wasn't an appendix that Big Ben was taking out; it was a heart, the heart of the Saints football team and the heart of a community that desperately needed a reason to feel good.

Offline
Thanks.. Hopefully, this will help the Same Ole Saints group get a grip on reality... Much appreciated

Offline
haslett would never have drafted another QB, as he felt AB was the bestest ever qb, and he would never think of replacing him...other than that nice read

Offline
Wow. What a well written article from an alternate universe. Hey, I already felt pretty good. Now I feel even better. If I was the Bengals, I'd be afraid. Very afraid. I have a good feeling about next Sunday.

Colston, a 7th round pick out of Hofstra, has not recovered from ankle injuries suffered he says because of the team's request that he add 30lbs to make the squad as a 4th string TE.

Colston, a 7th round pick out of Hofstra, has not recovered from ankle injuries suffered he says because of the team's request that he add 30lbs to make the squad as a 4th string TE.
Click to expand...

Offline
When Troy Polamalu was asked after the game about his 3 interception receipts for 97 yards he replied "Same ol Saints, banging their heads against a brick wall".