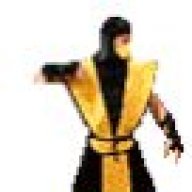 Offline
Who is the most valuable person (player/coach) through the first 8 games this season???

Offline
Drew Brees... as Jim said in his commentary, Drew's making this a "team of players" with his game style. Everyone gets to contribute, it's not just one or two players...

Offline
Brees, no doubt how much he upgrades that position on this team, on the feild and off

Online
If we're talking about the annual MVP award here are my top three candidates in order:

These top three are far and above any other possible candidate. There are two "darkhorse" candidates who have an outside chance as long as their teams win consistently:

No one else even belongs in the discussion, IMO.

Offline
Saints or the league?

Coach of the year: Sean Payton

Online
Clarify in the title that this is a Saints-only poll...Then make another Poll for the entire NFL because that's whole different discussion. The five candidates I listed should definitely be in the mix.

Postman said:
Clarify in the title that this is a Saints-only poll...
Click to expand...

the choices in the poll make that obvious..that being said, drew is the main reason we are 6-2 right now

Offline
No doubt it is Drew Brees.

Offline
Drew Brees for sure so far.

Offline
Drew Brees is making a case for MVP of the entire league. If he continues this level of play he may just pull it off.

Offline
It would be easy to say Drew Brees, and rightfully so. But with the way the defense has completely turned it around, especially up the middle (FS, CBs, DEs are the exact same from last year but NT, LBs, and SS are not) along with excellent gameplans outside of the start of the Ravens game, I have to give it to Sean Payton and the coaching staff. Brees can only do so much.

Don't forget that the Browns, Packers, Bucs (first game) and even the Eagles (before the 8:26 drive they had a chance) all had chances to go down the field and win the game or at least tie it up, and the defense stepped up in all of those games and just shut them down to seal the victory. I wonder how many people realize that halfway through the season, the defense is ranked 10th overall (less than 1 ypg outside of 9th)

Offline
Seems it all starts with coaching, and schemes to utilize the talent of individual players.

Offline
It has to be the coaching.......they have foreseen all this, albeit not this early......but Payton had his eyes on Brees from the very beginning!....it was him, who told Loomis to sign Brees AT ANY COST! and Loomis made sure that Brees will land in NO, even when Drew was visiting in Miami.......Loomis was anting up his offer even AFTER Miami decided AGAINST signing him!....BTW, that story never got any legs, but on Sirius it was a HUGE STORY at that time, and Steve Cohen at Sirius BLAMED Nick Saban of unsportsman like conduct!
Show hidden low quality content

Anyone have a stat this season how many OT games ended on 1st possession?