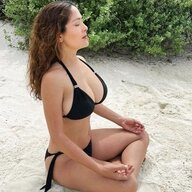 Offline
"Best Blocks: Jamar Nesbit of New Orleans trap-pulled and flattened the Falcon at the point of attack as Deuce McAllister strolled in for an untouched touchdown. You've never heard the name Jamar Nesbit, but this guard is having a fine season"

Offline
Jamar did a great job, but Karney's block of three guys on the first TD gave him competition for best block.

Offline
That has to be the worst column I have ever (attempted to) read... The remarkable "block" was not Nesbitt but Karney...... garbage

Offline
Nesbit did have a very key block on that play, too. He pulled and blew up the outside Falcon, Karney took out three on the inside and Deuce strolled between them. but, yeah, if you're going to write about a block on that play, you gotta go Karney.
Last edited: Nov 28, 2006

Offline
His explanation of the Vincent Jackson "fumble/forward pass" in the Chargers game is the best I've seen on this highly confusing play.

"Meanwhile everyone's seen the Chargers' Vincent Jackson spike on a key fourth down in the San Diego-Oakland game. First it was ruled a lost fumble belonging to Oakland, then ruled an illegal forward pass but Oakland ball because San Diego had failed to make the first down, then ruled San Diego ball minus 5 yards for illegal forward pass because Jackson did gain first-down yardage. The CBS announcers went ballistic, Randy Cross declaring, "Art Shell is going to get a formal apology from the league office about this call." And no matter how you slice it, referee Mike Carey looked indecisive. But the forward-pass ruling wasn't flat-out wrong as the sports-yak world has been saying. Many fans and sportscasters falsely believe that whether a flying football is a forward pass depends on whether it is delivered overhand. Actually this is irrelevant. Any kind of arm motion that causes the ball to fly forward is a forward pass (either legal if behind the line or illegal if across) and any arm motion that causes the ball to move parallel to or away from the line of scrimmage is a backward pass, commonly known as a lateral. Forward passes are dead balls and backward passes are live balls. Meanwhile, according to Rule 3-2-4, "If a player pretends to fumble and causes the ball to go forward, it is a forward pass and may be illegal"; and according to Rule 8-4-2, "If a player intentionally fumbles forward, it is a forward pass." These rules could seem to say Carey was correct. But was Vincent Jackson either intentionally fumbling or pretending to fumble? No way! If he thought he had just intentionally fumbled or pretended to fumble, Jackson would not have strolled back toward the huddle. Now check the definition of a forward pass, which at Rule 3-21-2 seems to say that a player must intend to pass to another player for the action to be a forward pass. Clearly Jackson did not intend to pass to another player. So none of these rules, all of which invoke intent, seem to apply to what happened. What Jackson intended to do was taunt -- "the use of baiting or taunting acts or words that engender ill will between teams" -- and his action should have cost San Diego 15 yards, not 5. TMQ suggests that if Carey had called taunting, there would have been no controversy. At the least a rules clarification is needed, since the rules cited by the league in supporting the decision have to do with the rare intentional fumble, and that's not what happened here." 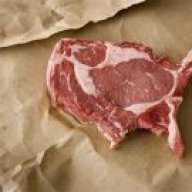 Offline
Thank God. I think that Mr. Easterbrook really nailed the explanation of that call. It really cost the Raiders a chance at the game. I was watching it live (yeah Sunday Ticket on 2 TVs) and my friend and I were flipping out about this. I cited intent at the time. If the player doesn't intend it to be a forward pass or a "fake" fumble that is meant to gain yards illegally, it's NOT a forward pass!

Offline
Plenty of apology letters will be going out this week... that roughing call on Hasselback last night was worst....
Show hidden low quality content