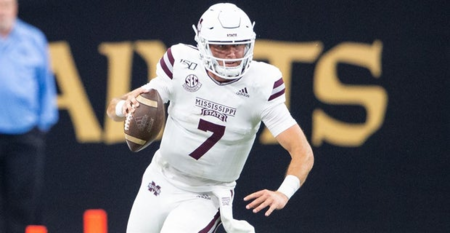 The New Orleans Saints haven’t been afraid to take athletic former quarterbacks and change their positions. The most famous example resides in do-it-all threat Taysom Hill, who was a devastating runner as a quarterback at BYU.

But the most recent one was revealed Thursday, when former Penn State and Mississippi State quarterback Tommy Stevens was listed on the training camp roster as a tight end, complete with the jersey number 85, per ProFootballTalk. And as PFT’s Michael David Smith wrote, this could provide Stevens with a better chance to make the roster.

“Stevens is 6-foot-5 and 237 pounds and the kind of athlete who could conceivably play tight end at the NFL level,” Smith wrote. “The Saints have also shown with Taysom Hill that they know how to use a player’s talents creatively, so Stevens may play multiple roles in New Orleans. ...