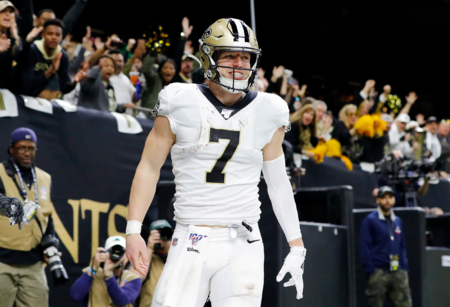 Examining the five most intriguing position battles for New Orleans

The New Orleans Saints will get at least one more season with star quarterback Drew Brees, and Sean Payton is hoping this team can send him into retirement with a Lombardi Trophy. The postseason has been very unfriendly to the Saints as of late, as they have suffered three straight heartbreaking playoff losses over the last three years. Will what the Saints added this offseason help push them over the hump, and can the rookies they selected in the 2020 NFL Draft come in and make an immediate impact on this talented roster?

The Saints draft class was not one that had NFL analysts drooling, but they picked up some solid players that should help this team. Cesar Ruiz is a versatile offensive lineman that could start in Year 1, Zack Baun is a complete linebacker and then Adam Trautman could one day evolve into Taysom Hill's No. 1 tight end -- or will it be Jameis Winston's No. 1 tight end? That will be another battle to keep an eye on in training camp.

Payton's first goal during this unprecedented offseason will be to evaluate his talent and establish a rough depth chart. This task will be more difficult than usual since there is no preseason due to the ongoing COVID-19 pandemic. New Orleans has plenty of talent, but which players will get more playing time than others? Let's take a look at five of the most intriguing training camp battles for the Saints. ...