Top Five Current Running Back Duos in the NFL (2 Viewers) 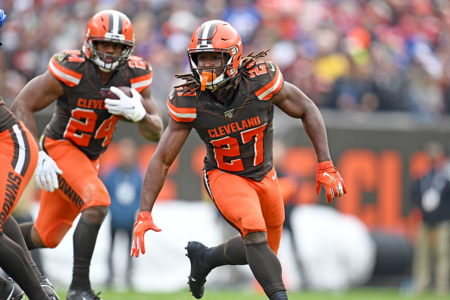 In the early years of the NFL, the league had been a pass-heavy league. When the 21st century came, teams started to focus on running the football. Since then, running has become the focal point of many teams’ offenses. Presently, many general managers and coaches strive to have an elite running back. What’s better than one running back? Two solid running backs. Many teams are fortunate to have a great running back duo because, with a duo, you can open up the playbook and worry less about injuries to your running backs. He is the current top five running back duos in the National Football League.

Top Five Current Running Back Duos In The NFL

Like putting together any list consisting of players, it was difficult. I considered many teams’ duos like the Seattle Seahawks, Chicago Bears, New England Patriots, and others. Ultimately I chose five different teams. I made the decision to choose these teams based on the duo’s statistics, their skills, and their potential.