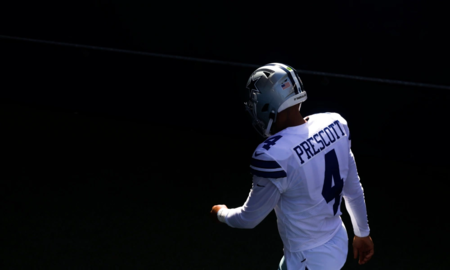 On the other hand, we have teams like the Jaguars ($77,552,150 under the cap), Jets ($67,948,314 under), Patriots ($62,211,837 under), Colts ($43,635,239 under), and Washington ($38,277,074 under). The radical disparity between the haves and the have-nots when it comes to the capacity to spend in free agency could lead to an unusually constricted market, especially for those players who are more rank-and-file than sheer superstar. Not that those players won’t have offers; but those offers might not be what they may have been in previous years. It’s not the fault of the players; it’s simply how the market lands in this particular time. This could result in a lot of free agents taking one-year contracts and shining it on until new television deals and the hope of a more “normal” world make things more equitable in the 2022 league year.