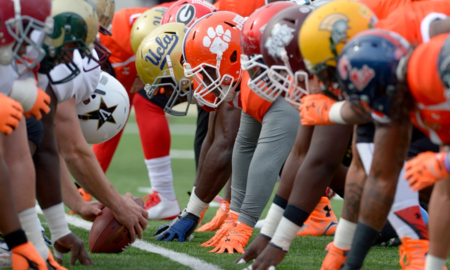 The persistence of the COVID-19 pandemic means the run up to the 2021 NFL draft is going to look much like the process that led to last year’s event. There won’t be an NFL Scouting Combine in Indianapolis. The pro day circuit is pared-down. Teams like the New Orleans Saints can’t fly prospects into town for private meetings at their facilities; all contact is being conducted virtually.

So information is coming at a premium this year. Still, eventually, every team will have met with nearly every prospect. So we shouldn’t look too deeply into these reports. The Saints aren’t tipping their hand one way or another based of which interviews are made public, but it’s a good data point to keep in mind ahead of this year’s draft. This list will be updated as new meetings are reported:

Reported by: Ross Jackson, Canal Street Chronicles. A popular pick for the Saints in media mock drafts, Jones is seen as a great facilitator who throws with accuracy and anticipation — the same tools Drew Brees used to find early success in the NFL. He may not share Brees’ high ceiling, but Jones is someone the Saints could win with. Will he still be available at No. 28? ...