This is my current roster:

Thinking of doing the trade because my RB's are pretty slim other than DeAngelo. Was curious what others thought of Beanie's upside for the remainder of the season? Will Arizona ever commit to the run enough?

Cotchery was putting up similar numbers to Ward before going out and should be back healthy now I believe.

Offline
I'm worried about Cotchery not so much about health but about the QB and the teams commitment to run. I honestly don't do this trade. I would keep Ward as T.O. is trade and trade one of your TE's for a starting RB. 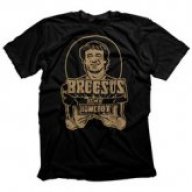 Offline
i agree not to take this trade, and offering a TE to accuire a starting RB... and bennie is splitting carries 50/50..
Show hidden low quality content