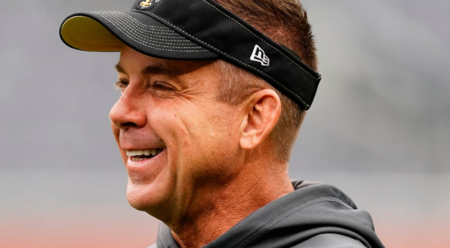 How did you think the offensive line played yesterday?
“I thought last night was one of their better games against a good front and I thought and I mentioned afterwards, I felt like we did a good job of neutralizing the pass rush to some extent and it's obviously a difficult team to do that against. I thought we ran the ball pretty efficiently, I was encouraged, I thought that was going to be an important part of winning that game.”

How much does that speak to how well they've adapted to the way games are being officiated now?
“I think there are a handful of things. I think that is part of it and then I would also say, when you insert a new center and you are starting off the season and playing a new quarterback that can impact not only the center and the quarterback position, but that can impact the other four guys in the front, relative to your cadence, relative to what you are wanting to do with your, scheme run or pass. I just know each series finishes and you can sense a confidence in how they are playing. I think we have tremendous leadership there with Terron (Armstead), Larry (Warford), Ryan (Ramczyk) and Andrus (Peat). Those guys have all are experienced, good players and I think that I just felt that during the game yesterday.” ...