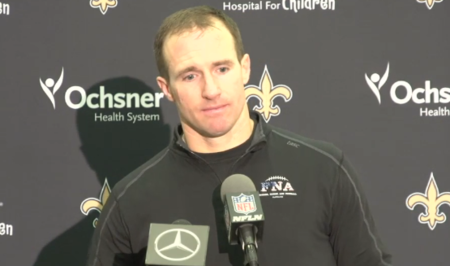 (On the protection)
“I haven't seen the film, my eyes were down in the field, but listen, they’re a good pass rush team. They’ve got a lot of guys and they rotate them. I think they got after us at times, but listen, that's the great equalizer in any game is the pass rush. If you have enough time, guys are eventually going to get open down the field. That's always the game within the game on both sides of the ball. Their offensive front against our defensive front and vice versa. Listen, this will always be a game about execution. Sometimes the difference between continuing a drive, getting a third down conversion or making that big play is just inches or it's fractions of a second. As I look to today, obviously nine points is not what we aspire to score, especially at home. But man, there's just so many little things, so many plays here and there on every drive where it's just a split second here, just an extra foot here, whatever it is, just better execution all the way around that I think would have resulted in a better result. You continue to drive, you get a little momentum, you have a tempo, and then all of a sudden now you're in scoring position.”

(On if the team lacked energy)
“We definitely didn't execute as well as we normally do or expect to do. I don't think that had to do with anything. If we come off a week where it was flat all week in practice and it just carried over to the game, that's one thing, but no we're obviously rested coming off the bye. ...