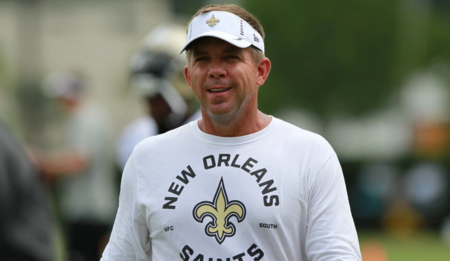 With intelligence being such a high priority among your rookie class, have you seen them grasp it as well as you hoped it would?
"Yeah, I think it's gone pretty well. We went through a week and a half of walkthroughs and meetings. So you're giving them basically the installation schedule and then today was the first time essentially where we put helmets on. It was pretty much, again a walkthrough, but a little bit more practice structure, if you will, and I feel like that this young group is doing good, especially in light of not really having to do the minicamp that you normally would have in the spring. At some point here, when we go to pads, we'll start back at the beginning and truly go through a training camp install, but I feel like overall, John (DeShazier), it's gone well."

Historically, has it been more difficult for one or the other of those positions? Whether it be offensive line or tight end or linebacker or quarterback?
"Yeah, look, it's (a) good question. Certainly, there's a challenge for every first year quarterback just with the volume of information and what they're doing. But, I've found over the years that the other players that are smart enough and pick things up well enough to play a lot of different positions. And conversely, there's some players that just require more time and so a lot of it's the individual, the program he's coming from and then part of it is just his ability to retain quickly and we're getting the chance to see that and kind of get a feel for that right now." ...