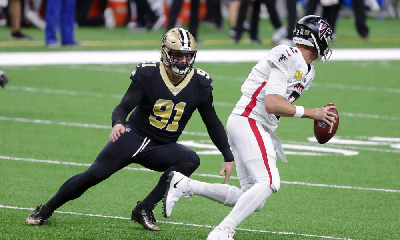 Don’t look now, but Trey Hendrickson is tied with Cleveland Browns' $125 million man Myles Garrett for the league lead in sacks (9.5) after his impressive day against the Atlanta Falcons. The New Orleans Saints pass rusher has really come into his own in 2020, and he’s on track to cash in during the offseason.

But he and Garrett may not hold onto their lead for long. Los Angeles Rams defensive tackle Aaron Donald has already bagged 9 sacks on the year so far, and he’s waiting until his matchup with the Tampa Bay Buccaneers on Monday night to get back in the race.