Consideration underway to turn the IMF into a World Central Bank to print money to replace the dollar.

Who owns the IMF? The same banks who own the Fed.

This just shifts the responsibility up a level but the same weaknesses and tendencies of fiat currency will will remain.

Article points out, as I have for years here, that the U.S. (or any country in the same position) has been able to live beyond its means and rack up debt by taking advantage of its ability to simply print money.

And there is a bit of lamentation in the article that now that we are broke and the end of the dollar as reserve currency is conceivable, we will have to stop borrowing and spending at the same rate, and by implication, being the world policeman.

But even if the reserve currency duty is shifted primarily to a new World Central Bank run by the very same folks running the Fed, they will need a police force to enforce globalization, so something will have to be worked out.
Last edited: Oct 3, 2009
OP
OP

Interesting things coming down the pike.

Offline
Like you've said before, "Debt = slavery". Except now we could be talking about countries being in debt. Interesting indeed.
OP
OP

gboudx said:
Like you've said before, "Debt = slavery". Except now we could be talking about countries being in debt. Interesting indeed.
Click to expand...

The reason the idea of "the bankers" as the the real string pullers in the world keeps popping up is that they have their fingers in every country. You can connect the dots of ownership and control and find the same overlapping groups that ultimatelty own the investment banks and central banks of most major countries.

But if you get to the point where they can just cut out all the overlap and duplication of effort across countries and control one central bank for the world, that increases efficiency and profit for the world's bankers.

Keep an eye on this effort.

You can argue all day for some kind of currency that is backed by real assets vs. fiat money. But if you want to do fiat money, then why are we allowing a private entity to manage it and profit from it? The profit motive will trump public interest every time.

There are examples from the past of government issued fiat money that arguably were better adminsitered but ultimately pressure from the bankers shut down the government control of the money supply.

blackadder said:
But even if the reserve currency duty is shifted primarily to a new World Central Bank run by the very same folks running the Fed, they will need a police force to enforce globalization, so something will have to be worked out.
Click to expand... 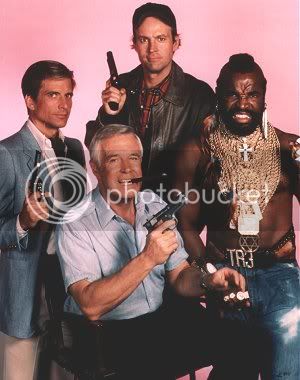 Who gets to be the Face?

blackadder said:
Who gets to be the Face?
Click to expand...

I like to think that there's a little Face in all of us.
Show hidden low quality content