Online
FYI. Looks like low chance to develop, but when it hits the Carolinas, the GFS and Euro have shown development and zipping up the East Coast. 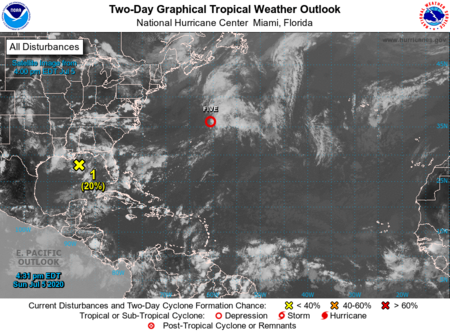 For the North Atlantic...Caribbean Sea and the Gulf of Mexico:

1. Recent satellite and radar observations indicate that a small low
pressure system has formed within a broader area of low pressure
near the northern Gulf Coast. The low is producing a few showers
near its center, and some slight development is possible before it
moves inland early Monday. The broader low pressure system is
forecast to move northeastward and could emerge offshore of the
Carolinas later this week, where environmental conditions are
expected to be more conducive for development.
* Formation chance through 48 hours...low...20 percent.
* Formation chance through 5 days...medium...40 percent. 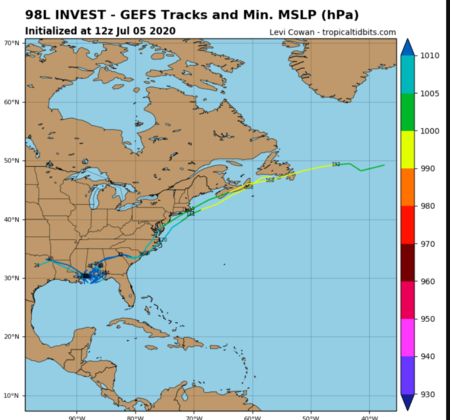 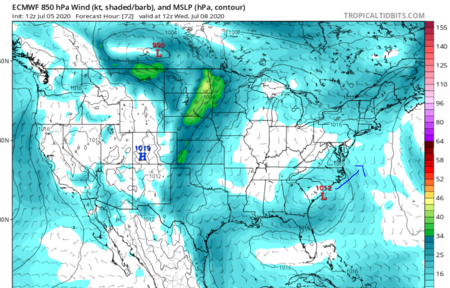 I drew it off shore, but it pretty much was on the coast.

Online
Not much to see here.
Some rain? Yeah. But the land interaction will keep it from ever becoming ferocious.
Worry Meter = 0.02
(But then again I don't live up the east coast.)