Trump and how he treats women (1 Viewer)

Online
I think we have covered this thoroughly.

If Trump were the Saints head coach, he would have never let Rob Ryan infect our defense with his lazy fat attitude. He's a loser.

Domefan504 said:
The Trump thread has so many pages it takes forever to come up. Besides we must keep reminding Trump's past as Hillary has stating on her twitter.
Click to expand...

It's true that he really doesn't seem to "get it" when it comes to how he speaks about women. Why is he continuing to talk about a Miss Universe winner who was a problem because she got fat?

Seriously, his administration's motto might be "No fat chicks!"

Clinton continued to dig the knife into Trump over his comments about women. "This is a man who has called women pigs, slobs and dogs. And someone who has said pregnancy is an inconvenience to employers," she said. "And one of the worst things he said was about a woman in a beauty contest. He loves beauty contests, supporting them and hanging around them. And he called this woman Ms. Piggy. Then he called her Ms. Housekeeping, because she was Latina."

Trump then inexplicably injected Rosie O'Donnell into the final moments of the debate. "I said very tough things to her and I think that everybody would agree that she deserves it and nobody feels sorry for her," he said about his comments that O'Donnell is "disgusting" and "a pig."

Perhaps more incredibly, Trump continued talking about the beauty contest winner on "Fox & Friends" on Tuesday morning bringing up the Miss Universe contestant, Alicia Machado, whom Clinton referenced during the debate. "She was the worst we ever had, she was impossible," Trump said. "She was the winner and she gained a massive amount of weight and it was a real problem."

Trump talking about women and their weight issues is not where he wants to be six weeks before the election with the outcome hinging in part of the GOP nominee's ability to convince suburban women voters that he is a good choice for president.
Click to expand...

Why the Donald Trump who appeared on stage Monday can't win

Offline
It's incredible that there are women who voraciously vote for Trump, blatantly ignoring the sick comments he's made about women


..Then again, we're talking about the same group of folks..FEMALES who don't think a woman should be president and think their "natural" position in the family is in the kitchen and taking care of babies and always being 2nd in command to the "head of the household", the man.

superchuck500 said:
I think we have covered this thoroughly.
Click to expand...

Apparently she gained weight bigly and our coverage has been equally bigly.

Have we already included this photo from the press conference where Trump made her jump rope in front of reporters to show how he was making her lose weight? See, he's really a pretty nice fellow. 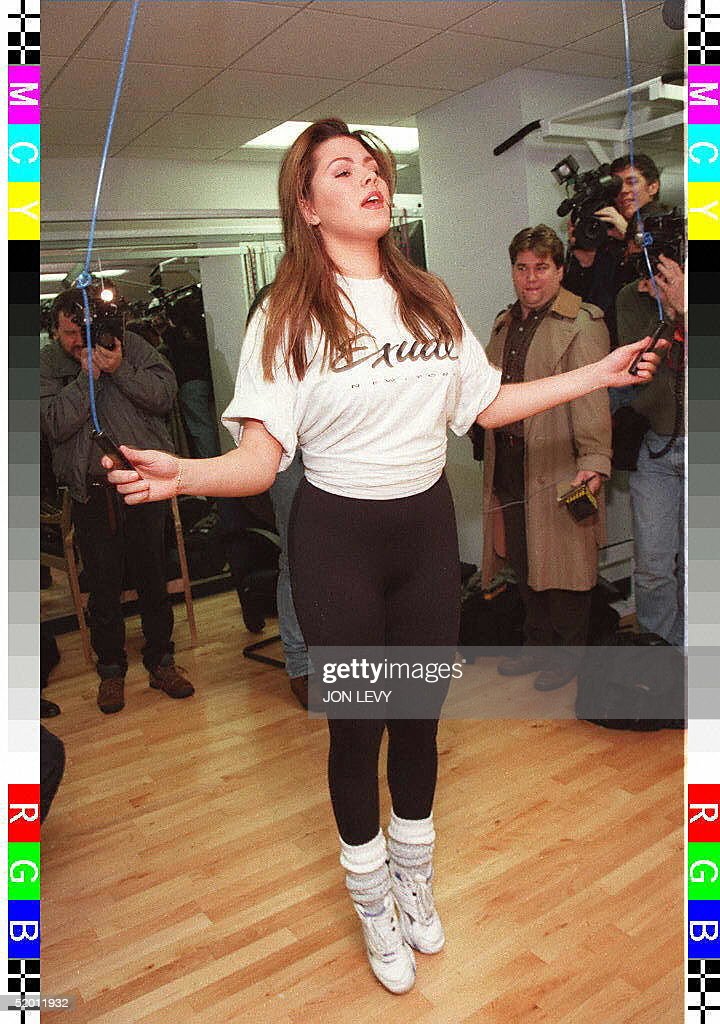 Offline
You would gain weight to if you were forced to eat the junk at Trump tower.

Domefan504 said:
You would gain weight to if you were forced to eat the junk at Trump tower.
Click to expand...

That's how he gained a massive amount of weight and became a real problem.

If you say so... I'm certainly not qualified to follow his train of thought
OP

TechDawg09 said:
That's how he gained a massive amount of weight and became a real problem.
Click to expand...

Bronson said:
If you say so... I'm certainly not qualified to follow his train of thought
Click to expand...

You need to add a poll question to make it a swimmer thread. F.Y.I
OP

Offline
And Trump's bullying continues. Do you really want a person that says this about women as President? Control yourself Donald!