Offline
1. Dion Jordan, Barkevious Mingo, Jarvis Jones - OLB - Whoever is left should be the pick, all 3 of these guys excel at getting to the QB and all 3 look very good in coverage. Mingo was in a terrible situation and scheme at LSU and I think he could be the best of all 3. LSU had him playing the strongside as a 4-3 defensive end which is a position for ur anchor at 230 pounds, if he was to play DE in a 4-3 it should have been weakside but they didnt wanna move montgomery. Mingo would be a beast in a 3-4 as a rusher who has space to get to the passer, he has incredible burst, sped, and hips to get to the QB. I chose these 3 because they are scheme versatile and could play either OLB position because of their great ability to get to the QB and cover. Tez could become a great SOLB guarding tight ends and getting to the QB or he could develop into a pure pass rusher and jarvis or mingo or jordan could be our SOLB.

4. Brandon Williams - NT - huge powerful guy with a good bull rush and incredible power to occupy blockers and can get to the qb and collapse the pocket. Insurance if Bunkley doesnt workout or if Akiem Hicks is better at LDE than NT.

5. Jamie Collins/Michael Buchanan - OLB - Both raw rush linebaker talents, collins is a physical freak with great potential and buchanan has violent hand use and had an incredible junior year and looked poised for a HUGE season as a senior but didnt because of injury, sometimes during his junior year he outperformed whitney mercilus. He is a natural pass rusher. Great insurance for our OLB spot.

6. Bobby Wagner - RT - very limited on talent but is a hard worker and what u see is what u get. a good run blocking RT. Solid and dependable, all we need with Brees who steps up into the pocket

Offline
I would love this, but Poyer is probably going go late in the 2nd. I think we'd have to snatch Collins up in the 4th at the latest. He had a phenomenal combine performance and will only rise up draft boards after this week and his pro day.

Offline
I would love this DRaft
OP

WhoDatElite said:
I would love this, but Poyer is probably going go late in the 2nd. I think we'd have to snatch Collins up in the 4th at the latest. He had a phenomenal combine performance and will only rise up draft boards after this week and his pro day.
Click to expand...

I agree with poyer most likely the pick will be slay but sometimes people drop from need, so he is a possibility. I like collins, athletic beast and good at getting after the QB but he is very raw and doesnt really have pass rush moves or great at getting off blocks, martez was a first round prospect who fell to the 3rd for us, I think one of either collins or michael buchanan will be there and will be good insurance if gallette or martez arent making progress.

Thought we didnt because we released ruud before the deadline. I could be wrong.

WhoDatfolife said:
With rob Ryan's past drafts he goes secondary first then LB
Click to expand...

True but I dont think it will be his decision, he will have a voice but im pretty sure SP and loomis want one of the 3 stud olbs i mentioned. only cb worth the 15th pick is dee milliner and he wont be there, if jarvis mingo and dion are gone id love to trade down and get xavier rhodes.

TruSaint said:
Thought we didnt because we released ruud before the deadline. I could be wrong.
Click to expand...

No, we did lose the 7th for Ruud. It's been confirmed. Sux
OP

Maddox said:
No, we did lose the 7th for Ruud. It's been confirmed. Sux
Click to expand...

Wow that does sucks, good thing ruud had a pro bowl year for us, lol not. Well if there is a player there we like i know SP has no fear to trade into late rounds for a player he likes. We will see.

WhoDatfolife said:
With rob Ryan's past drafts he goes secondary first then LB
Click to expand...

Rob Ryan has never controlled a teams draft process. He is defensive coordinator and, not the owner, GM or VP of player personnel or Head coach. 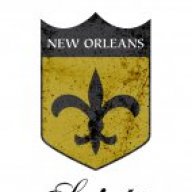 Offline
Pretty solid draft that I would be more than happy with. I'm assuming the top 3 OTs are off the board by 15 in this mock?
OP

tlsk1066 said:
Pretty solid draft that I would be more than happy with. I'm assuming the top 3 OTs are off the board by 15 in this mock?
Click to expand...

Yes, but if lane johnson is there at 15 and so is dion jordan im going dion jordan every day of the week and twice on sundays. if eric fisher some how falls then id take him.
OP

Offline
I really feel we need to do what the pats did with gronk and hernandez, draft 2 players for the position of need, 2 olbs and 2 cbs, better chances that one of them will develop into their potential and could get lucky as they did.

Offline
Very solid mock. I'd be happy with those picks. there may be more defensive players fall in this draft due to a run on offensive linemen going pretty high. so we may be getting the players we want and need. 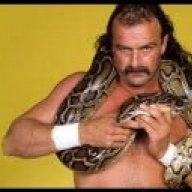 Offline
Would love this draft, but think poyer, slay, Williams and Collins will all be taken before where you have us selecting them.
Show hidden low quality content