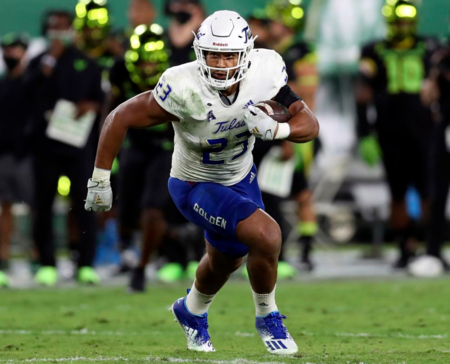 The New Orleans Saints made sure to get eyes on one of the 2021 NFL Draft’s top linebacker prospects at his pro day.

In fact, all 32 NFL teams made their way out to see Tulsa linebacker Zaven Collins run, jump and measure in at his pro day earlier this month. And the big playmaker didn’t disappoint.

New Orleans has a bit of a soft spot on its roster at linebacker after releasing Kwon Alexander and letting Alex Anzalone walk in free agency. Could Collins be the guy to bolster that area? If he is, the Saints would likely have to use a first-rounder on a linebacker for the first time since taking Stephone Anthony 31st overall in 2015.

Get to know the Tulsa prospect here.