That's another of our FA's lost, so more hope for a 2014 compensatory pick.

He could never stay healthy here. Good luck to him, except when the Saints play them. 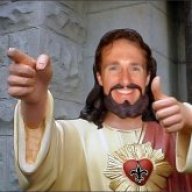 That's another of our FA's lost, so more hope for a 2014 compensatory pick.
Click to expand...

im glad. i can go thru a season without thinking we have that extra DE in mcbride, who cant seem to stay healthy longer than 4 games.

Offline
Watch he goes there and has a 10 sack season.

keefresh2 said:
they can have him
bring on the comp pick next yr plz
Click to expand...

Offline
I think that some of these teams will overpay for a guy and ML has a set cap on each player's worth that he's intent on abiding by. That's surely what happened here right? They put up a dollar amount that we felt was excessive and he chose to take the money. For his sake I hope it's sizable. Moving and readjusting your life has economic and personal costs. I could be wrong. Maybe they told him he'd have a more prominent role.
I think we gave him those opportunities but--as pointed out-- he's not been able to stay healthy. When he first arrived he came out with several sacks over the first few games and then began the injury/rehab/re-injure carousel.

I don't know if he's someone that Ryan thinks fits his scheme or not. It could be just that. At any rate, I like it when we don't overpay.

saints5021 said:
I guess the Bear's medical staff was looking for something to do
Click to expand...

He could never stay healthy here. Good luck to him, except when the Saints play them.
Click to expand...

No, but now that we've lost 4 and only added two, we're down two, which means at the moment, we'd get 2 comp picks.

Now, the value may be low, that's determined by complicated things, and value of the contract. 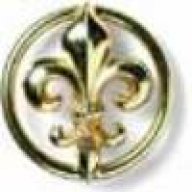 If true, a bit out of left field.