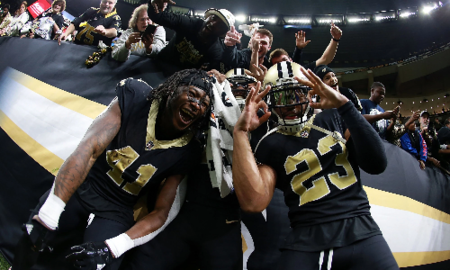 Age at kickoff: 24 years, 1 month, 12 days
Now three years into his NFL career, Kamara has been almost unstoppable in the Saints’ offense. His two-year rushing grade of 87.9 ranks fifth among backs with at least 100 attempts in that span, while his two-year receiving grade of 92.6 ranks first.
Click to expand...