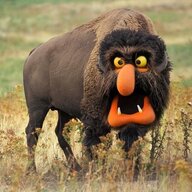 Sailorsaint said:
This whole Mariupol surrender thing has me worried about what Russia is going to do with them. Kill them? Demand a trade of war criminals for them? Torture? Or just hold them while they slowly kill them off for one reason or another? I really have a hard time thinking that any good will come of this.
Click to expand...

They've already done a few prisoner exchanges, so it seems they are willing to deal. I wouldn't trust them, but doubt there was any other option than to try.

Online
This guy is an Ukraine airline pilot, his videos are very informative.

Online
Sailorsaint: To answer your questions, I spoke with them just after the Hungarian elections and before the French elections. The people I spoke with are all between 40 and 65 and work in eductation. These folks remember the revolutions of 1989-91, and fear they may have to go through another.

Their Primary concerns internally:
1) Orban keeps changing the constitution legally and is making himself an elected dictator.
2) Orbans' policies my lose 40/BN in euros earmarked for Hungary.
3) He is a Putin devotee and wants to go back to the 1970's-80's Soviet bootlicking.
4) Although Highly unlikely now, joining Ukraine in becoming satellite countries again.
5) Getting kicked out of both NATO and the EU because of domestic and international policies.

Concerns externally:
1) That Ukraine is extremely corrupt. Hungary identifies as central Europe and believes Eastern Europe is inherently untrust worthy.
2) Funding to help with the refugee crisis will be pulled and Hungary will be bankrupted.
3) Highly unlikely now, but they were concerned about artillery and missiles hitting inside the border.
4) People with relatives crossing the border being arrested for harboring "terrorists" because they may have crossed before The major refugee flood and getting a government document.
Last edited: May 18, 2022

Sailorsaint said:
I just hope NATO doesn't try to pressure them into a compromise by cutting off aid.
Click to expand...

I don’t think that will happen.

superchuck500 said:
I don’t think that will happen.
Click to expand...

I surely hope not, and don’t necessarily believe it will, but crazier things have happened.

Sailorsaint said:
I surely hope not, and don’t necessarily believe it will, but crazier things have happened.
Click to expand...

I think as long as Ukraine military operations remain organized and acting in defense of Ukraine, fighting and killing Russian attackers, the key players in the West will continue to provide support.

Online
A very interesting look inside a Russian Mega mall in Moscow 3 months after sanctions. Burger King, Subway, etc. still operating, Gap open, etc. And it surprised me how many stores, even Russian brand stores, have their names in english on front. 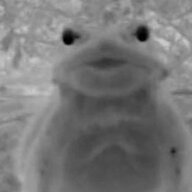 Sailorsaint said:
I surely hope not, and don’t necessarily believe it will, but crazier things have happened.
Click to expand...

Congress has reinstated the Lend-Lease Act and waived the standard five year maximum. It passed both chambers nearly unanimously if I'm not mistaken. They even made it retroactive, dating the beginning of the conflict to 2014 and the annexation of Crimea. The US has explicitly stated we'll be supporting Ukraine at least until Russian forces have left, and that includes Crimea.

Online
Remember the former Russian Colonel that criticized the war on state tv the other day? This was him a day later....

Sailorsaint said:
A very interesting look inside a Russian Mega mall in Moscow 3 months after sanctions. Burger King, Subway, etc. still operating, Gap open, etc. And it surprised me how many stores, even Russian brand stores, have their names in english on front.

That guy uis a spitting image for Robbie Coltrane the actor who played Valentin Zhukovsky, a minor character in GoldenEye 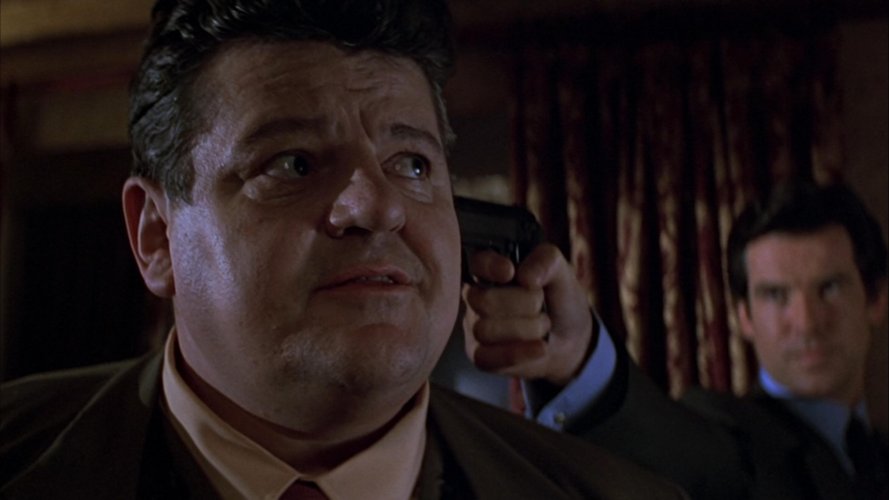 I really don't see the point of vapid tweets like this...other than virtue signaling. It's an incredibly simplistic viewpoint (as are most single tweets on matters of geopolitical importance).

Ukraine's valiant defense of its country does not change the plain fact that Ukraine simply did not (yet) meet the conditions for admission into NATO.

On the flip side, I don't recall broad popular uproar from "personalities" at the time of the admission of Turkey or Hungary into NATO (although certainly there was justified skepticism about Turkey from political and academic circles). And, in the case of Hungary, democracy is just that -- Orban was fairly (albeit, sadly) elected.

What would the U.S. response be if a proposal were to be made that NATO rules be changed such that the U.S. did not have a veto? Play those potential scenarios twenty years into the future.