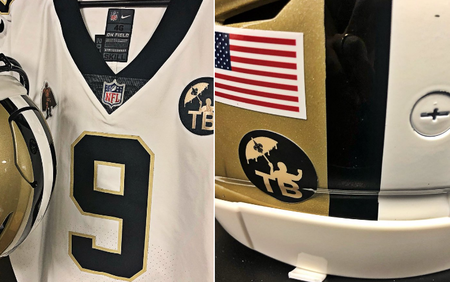 Simple, yet iconic -- that's how the Saints are choosing to honor Tom Benson, the team's longtime owner who died earlier this year.

The Saints, who open their preseason slate Thursday evening on the road against the Jacksonville Jaguars, shared an image of the patches and decals that will appear on the team's helmets and jerseys this season.

The emblem is a black circle, with the negative space showing the outline of Benson, holding his "Benson Boogie" umbrella, above his initials.

Benson died last March at age 90, several weeks after he was admitted to the hospital for flu symptoms. The New Orleans Pelicans, also owned by Benson, wore a jersey patch for the remainder of their season. ...