Underhill: Remember, it's just the Saints' preseason opener, but here are a few takeaways (1 Viewer) 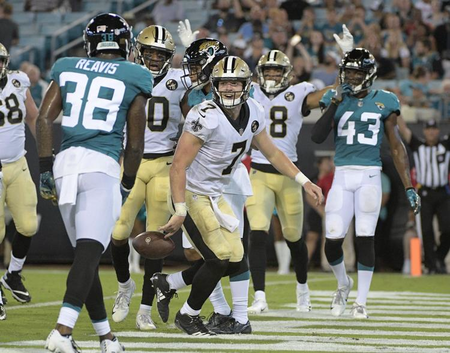 JACKSONVILLE, Fla. — It has been a long offseason.

The New Orleans Saints and their observers have been waiting to get back on the field to put last season farther in the rearview.

So it probably shouldn’t be a surprise that social media was abuzz with hot takes and overreactions throughout Thursday’s 24-20 preseason win against the Jacksonville Jaguars.

We can circumvent a lot of explanation by simply keying in on those two words and putting it all in context. A lot of stuff that happened Thursday meant something — but whether good or bad, no single event or performance probably carries that much weight.

So in attempt to keep things in context, here is our take on some of the overreactions flying around during and after the game. ...