Underhill: Saints defense proves it can succeed when opposition isn't forced to be one dimensional (1 Viewer) 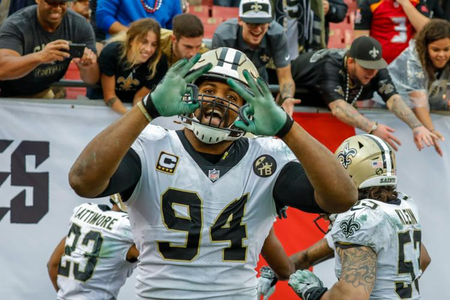 TAMPA BAY, Fla. — Forget about the NFC South title, the playoffs, anything like that.

The Saints were finished. The best team in the NFL, the one with the special quarterback and special wide receiver and special running backs, couldn’t move the ball. This team didn't seem like it could win another game.

It went six quarters — six! — playing offense like one of those teams stationed on Lake Erie. Something was off. All the stats and praise and reputations meant nothing. For two quarters during Sunday’s 28-14 win over the Tampa Bay Buccaneers, the Saints performed like a songster with a blown vocal cord. They were on stage, in costume, but everything else was off.

The performance was confounding and troubling. It made you wonder whether Dallas exposed some flaw last week that everyone else could pick up on. No one really understood the slow start. They just knew it was happening and it needed to stop.