Offline
More than a year-and-a-half after signing a collective bargaining agreement that provided for human growth hormone testing for NFL players, the league and the NFL Players Association seem to be closing in on a deal to implement the program in advance of the 2013 season.

The two sides have recently exchanged written proposals, and union leaders will study and discuss the NFL's latest offering when they gather next week at the Atlantis Paradise Island Resort in the Bahamas for the NFLPA's annual meeting,

However, as the two sides haggle over the remaining points of contention and move toward a system of third-party arbitration over appeals of all positive drug tests, it’s clear that the players’ distrust of commissioner Roger Goodell is spurring the union to drive a hard bargain. In the wake of Goodell’s handling of the New Orleans Saints’ pay-for-injure scandal, union leaders and their constituents seem united in their belief that the commissioner enjoys too much power.

Offline
Gee, there seems to be a lot of distrust of old Roger. How the heck did that happen? 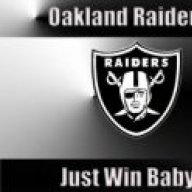 Dan in Lafayette said:
Gee, there seems to be a lot of distrust of old Roger. How the heck did that happen?

I think the distrust was evident long before the bounty scandal. That was just the straw that broke the camels back. But it had been building up for a while
Show hidden low quality content