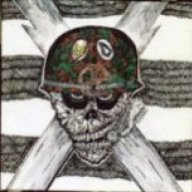 Offline
Saints offensive line coach/offensive coordinator Doug Marrone. The Saints are the surprise story of the year in the NFL, and Sean Payton will be a serious candidate for coach of the year. But today, I want to recognize a young coach who has done a marvelous job all season long, and his effort against the Buccaneers in Tampa Bay was one of the best all year. New Orleans played without its best offensive tackle, Jammal Brown, and the Saints had Simeon Rice to deal with on his side of the field. Coach Marrone, a Bronx, NY. native, got his backup tackle Zach Strief, a sixth-round pick last spring, ready to play. He joined fellow rookie guard Jahri Evans (a fourth-round pick) in preventing Tampa from registering one sack against Drew Brees. Brees threw the ball 32 times, completing 24 for 314 yards and three touchdowns on a day that the Bucs were committed to stopping the run. Any time the Saints can go into a division rival's ball park and put up 31 points, you know the offensive line has done a good job. Doug has a lot on his plate in New Orleans as the offensive line coach/offensive coordinator and only five years of NFL coaching experience. Brees has only been sacked eight times in 284 pass attempts (one every 35 pass plays), Deuce McAllister is on track to break 1,000 yards rushing, and most importantly, the Saints are 6-2.

Saints personnel directors Rick Reiprish and Rick Mueller. I probably should have honored the work these two men did after the opening day win for the Saints. Reiprish handles the college scouting, and Mueller oversees all of the personnel. What a job these guys have done to retool a franchise that was in real trouble after Hurricane Katrina and negotiating the switch of head coaches. The list of accomplishments is long, but worth discussing. The Saints decided to let their top offensive lineman, LeCharles Bentley, and their top defensive lineman, Darren Howard, go when free agency started. No one thought the Saints had a chance of attracting talent to New Orleans, but these two ignored the pessimistic message, signing Drew Brees and trading for Hollis Thomas, Scott Shanle, Mark Simoneau and Jeff Faine. All are starters for the 6-2 team. Then they went out and drafted Reggie Bush, Jahri Evans, Marques Colston and Zach Strief -- all major contributors to the team. In fact, Colston is on his way to a rookie of the year season. The two "Ricks" also signed Scott Fujita, Danny Clark, Rob Petitti and DeJuan Groce, who all play significant roles. I can't remember a team overhaul like this one in all my years in and around the NFL. Two guys burning the midnight oil, taking chances and uncovering nuggets in late rounds have put the Saints back on the map.

and i hate to be so nit-picky...but Rob Petitti and DeJaun Groce play significant roles with this team? i don't think Pettiti has been active for one game, and Groce just started receiving significant time on d this last week...
Show hidden low quality content