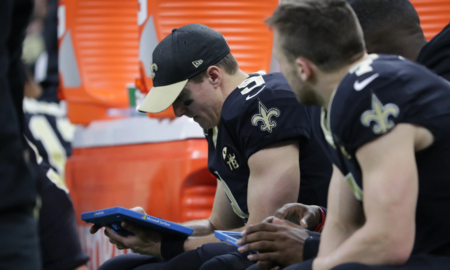 The day is still young but the New Orleans Saints are hard at work in reaching salary cap compliance ahead of free agency. NFL Network’s Ian Rapoport reported a contract extension with safety J.T. Gray and a restructure of defensive tackle David Onyemata’s contract on Wednesday, which followed the re-signing of defensive end Noah Spence earlier this week. So where do the Saints stand against the salary cap now?

It’s still not good, but it’s not as bad as where they started. Right now, I have the Saints with more than $66.72 million to chip away before they’ll be under the salary cap. Here’s how I arrived at that number.

Previous moves — a pay cut from Drew Brees and the release of guard Nick Easton — combined to create $29.8 million in savings. Additionally, the Saints rolled over $4.1 million in unspent cap space from 2020. The NFL and the players union agreed to set the 2021 salary cap no lower than $180 million, which combines with that rollover to create a goal of $184.1 million for New Orleans. ...