Offline
Well this is going well

Upon arrival at the Richard Rodgers Theater, he was loudly booed — although some audience members also cheered him on. As journalist Mark Harris pointed out on Twitter, playgoers are typically largely tourists from other areas.

At the end of the show, the cast addressed his presence, saying “We are the diverse America…We are alarmed and anxious that your new adminstration will not protect us…we hope you will work on behalf of all of us.”
Click to expand...

Offline
Par for the course...
Trump's Name Will Be Removed From Apartment Buildings After Residents Demand It : The Two-Way : NPR

Zulu-King said:
Par for the course...
Trump's Name Will Be Removed From Apartment Buildings After Residents Demand It : The Two-Way : NPR
Click to expand...

By the end of his term, I would not be surprised if he removes his name off the Tower in New York.

Offline
I wouldnt be surprised if he slaps his name on the White House... 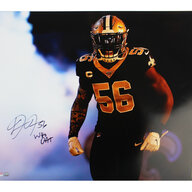 Offline
Trump was also the only politician ever to whine about his portrayal on SNL. I'll never run out of material...

Almost as classy as passing a law that allows business owners to discriminate against gay people. Or pushing legislation that pushes "conversion therapy" for those same gay people. Or attempting to start a state-run news network like some bad third-world dictator. Or conspiring with the legislature to depose an official that the public rightfully elected because she was with the opposing political party.

That is Mike Pence, those are things that he has done. He is the culmination of everything that is wrong with politicians and especially conservatives.
OP

And you think Trump/Pence has class?

During his 2000 run for Congress, Pence came up with a proposal to divert funds from organizations working to prevent the spread of HIV/AIDS to groups involved in discredited ex-gay therapy.

On his campaign website, Pence said that gays and lesbians should not receive equal recognition or legal protections from discrimination, before urging the government to direct taxpayer dollars &#8220;toward those institutions which provide assistance to those seeking to change their sexual behavior&#8221; instead of those &#8220;that celebrate and encourage the types of behaviors that facilitate the spreading of the HIV virus.&#8221;
Mike Pence also signed a &#8220;religious freedom&#8221; bill that allowed businesses to explicitly discriminate against LGBTQ customers. And he backed several &#8220;personhood bills&#8221; that granted legal status to zygotes (zygotes!) and which would effectively ban abortion outright&#8212;along with some types of birth control. Pence also wanted women seeking abortions to have to undergo forced ultrasound exams where the provider would &#8220;describe the embryo in detail to her.&#8221; And of course, there&#8217;s also that law he signed requiring women to bury or cremate their aborted fetuses.

So yes, Mike Pence deserves every single bit of disrespect thrown at him, and to be booed absolutely everywhere he goes.
Click to expand...

I also think the Presidency is sacred, but he doesn't care about that.

Zulu-King said:
Trump was also the only politician ever to whine about his portrayal on SNL. I'll never run out of material...
Click to expand...

This is a man who started his foray into conservative politics by claiming Obama was born in Kenya. He never apologized. Yet, he expects it in return. The hypocrisy, and victim complex of the right is so astounding. It begs to be lampooned at every turn.

Has the right decided to collective forget what they did to Obama? A man who WAS elected with a mandate unlike Trump?

My number one priority is making sure president Obama’s a one-term president
Click to expand...

Conservatives, good luck, and remember your party deserves every boo, heckle, and produce thrown at it. You played partisan, divisive politics, and got to the White House. This is part of the cost of those nasty words, and actions.

J-Donk said:
Conservatives, good luck, and remember your party deserves every boo, heckle, and produce thrown at it. You played partisan, divisive politics, and got to the White House. This is part of the cost of those nasty words, and actions.
Click to expand...

You aren't wrong, but let's not pretend that liberals spending the last however many years telling whites that they're responsible for all of the world's ills didn't play a significant role in this nutjob being elected. If you're going to ***** about Frankenstein's monster at least cop to being Dr. Frankenstein. Or Igor. Or the lightning bolt. Whatever. There's culpability there. You can't play the identity politics card the way they have recently and scream about divisiveness. That's ******* hypocrisy of incomprehensible magnitude and illustrates why leftist ideology is ultimately just as dog **** as the right, despite protests otherwise.

tl;dr, damn you all for what this country has become. May all sides be utterly ripped asunder and completely destroyed in the coming years.

Offline
Trump supporters boycotting Hamilton will hve about as much impact as lesbians boycotting sex with men. 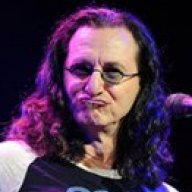 Offline
Instead of the politics board, can we get another tab at the top of the main SR page called the IHT board. "I Hate Trump". That way, all you guys can go vent there.