Offline
The clips certainly made me reconsider Jenkins going back to corner, but I really don't know where he would be at his best.

Offline
Nice highlights... But do you also remember this?

Online
I don't know, the 2nd video of him being abused is not indicative of someone we want playing CB. 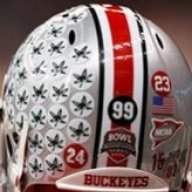 The boundary corner and SS both have to be really good tacklers. I'm not sure how much help the boundary corner vs field corner gets from the FS in deep coverage my assumption is that since the field corner is playing in more open space he would get more help. Jenkins too often looks out matched one on one and completely uncomfortable when forced to play/cover in space. Boundary is certainly better than field, not so sure how he would project at SS. 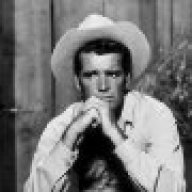 This is the bottom line. He is a great hustle guy but a sub-par player. He said he doesn't understand the 3-4 defense! That tells me he isn't a student of the game. He was rated #86 out of the top 88 safeties with Harper right behind him. They both need to go and the sooner the better.

This could very much be a possiblity.

People always seem to say "I hate to say I told you so" but I'm not one of those people... On a serious note, he seems like a good guy and I really wish I would have been wrong about him, but as I said then and say now, anyone who watched him play in college ( not just read the scouting reports and propaganda ) knew he wasn't as good as they were making him out to be.

Offline
I stand in Jenkins corner as a CB. That was his rookie year and like all corners he struggled early on.

That same year towards the end he nearly shut down wes welker and a few other high name WRs. (Mike williams?)

I mean seriously. Do you realize you Patrick Peterson struggled the first half of his rookie year and people were throwing around the bust word. Same for Revis, Champ Bailey, Sherman, and any other rookie CB.

Id like to see him at CB, but if he gets schooled constantly, just flat cut him.

Sent from my SCH-I535 using Tapatalk 2

Offline
I don't like him, at corner back or not. Cut him, he gets burnt all the time and to be honest it gets boring.

Offline
The topic of Jenkins and Harper has been on my mind a lot lately.

I understand that Spagnuolo's system might not have been the best for the duo but its still no excuse for their terrible play this past season.

I think Sean's time away has made him realize how vitally important a Pass Rush is along with a playmaking safety (09 and Sharper). I think we might see a lot of changes when we hire the new DC.

TruSaint said:
Jenkins was rated as the 5th best safety in the league in 2011 let's give him another year at FS w a pass rush
Click to expand...

He was pretty good that year. What happened?!

bornnraisedwhodat said:
He was pretty good that year. What happened?!

Sent from my SPH-D710 using Tapatalk 2
Click to expand...

Idk. Its kinda weird. In 2011 he played as a single center fielder safety cause Harper was always blitzing or staying near the LOS. This year, he only needed to watch half of the back field.

The corners job is to undercut the passing route. Jenkins job is to stop the big play. Perhaps he was coached to play for the tackle instead of the ball while in the air...... whos really to say