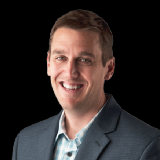 Video footage has been released from New Orleans Saints cornerback Marshon Lattimore's arrest last month in his hometown of Cleveland.

Lattimore was charged for possessing a loaded handgun that was believed to be stolen, which is a fourth-degree felony. He was also initially arrested for failure to notify officers of a concealed weapon.

The video shows that Lattimore did not immediately tell officers he was carrying a concealed weapon while seated in the passenger seat of a vehicle that was pulled over for traffic violations. But when they asked whether anyone was carrying a gun, Lattimore told them he had a loaded Smith & Wesson gun tucked under his pants. He said he didn't want to look like he was reaching for anything. He also told them he had a permit to carry a concealed weapon.

One officer warned Lattimore that "You're going to shoot your d--- off." Another added, "Get yourself a holster, bro." ...