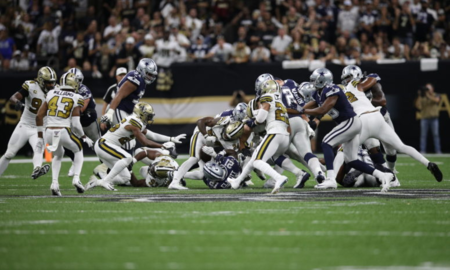 On Wednesday afternoon, Vonn Bell signed a three-year deal with the Cincinnati Bengals. It put an end to his successful stint with the New Orleans Saints.

Last season, Bell had 89 tackles, 1.5 sacks and an interception. He also had a knack for being around the football, recovering five fumbles in 2019.

Bell has to be excited about playing football in Ohio again, but that doesn’t mean he won’t miss his time spent in New Orleans. The former second-round pick shared a heartfelt message for his Saints teammates.

“To my teammates, it’s been a pleasure and a blessing to go to battle with you guys week in and week out. The culture we built and standard we set these last four years, my hope is that it only gets better,” Bell said. “The memories we created never be forgotten! A brotherhood that will last FOREVER.”