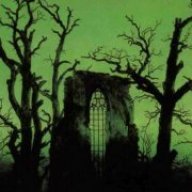 ON MARCH THE SAINTS

>>NEW ORLEANS (September 24, 2011) – The New Orleans VooDoo re-signed wide receiver Skyler Green during the Exclusive Period, announced the team on Saturday morning. Green (5’9” 190 lbs. LSU) made his debut in the AFL last season with the VooDoo, instantly becoming a ¬¬fan favorite in his first game versus the Jacksonville Sharks. In that game against the Sharks, Green had one of the more prolific first game performances in VooDoo history with 221 all-purpose yards and five total touchdowns.
The Westwego, La. native finished the season as the team’s third leading receiver with 50 receptions for 622 yards and 14 receiving touchdowns while playing in only seven games. He led the team in yards per game (88.9), and ranked second in yards per kickoff (17.1) behind Ironman of the Year and All-Arena First Team return specialist P.J. Berry.<< 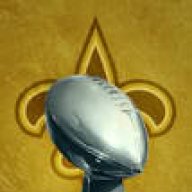 Offline
They should just take any decent undrafted LSU player and they can probably build a dynasty.

Offline
Got Marlon Favorite... so they're working on it

Offline
YES! On both.