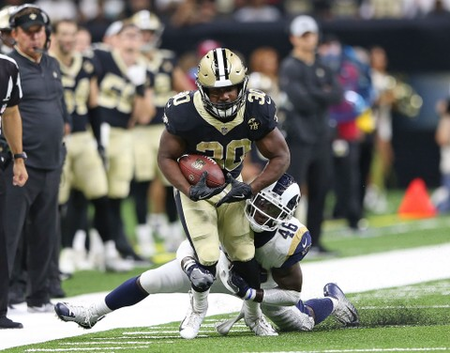 Maybe ignorance truly is bliss: As the New Orleans Saints pared their roster down to 53 players Saturday (Sept. 1), rookie running back Boston Scott did not spend much time thinking about his fate.

That was not done intentionally.

"I thought the deadline was on Sunday," Scott said. "So Saturday, I was just enjoying the day with my fiancee. ... Some people were saying, 'What's going on with the cuts?' And I'm like, 'I don't know, I think it's tomorrow.'"

But it was Saturday when Scott's phone rang. It was his position coach, Joel Thomas. Scott heard a couple conflicting reports about whether it is good or bad to receive a call on cut day. Scott answered, and Thomas started talking about the itinerary for the week.