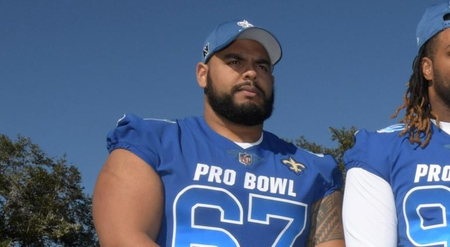 By Fans and the Pro w/Deuce McAllister

It may be small consolation to the Who Dat Nation, but it appears many of the NFL's best players agree with the sentiment that the Saints should be in the Super Bowl.

Saints guard Larry Warford says he's gotten an abundance of condolences regarding the infamous "NOLA No-Call" since he's arrived in Florida for the Pro Bowl.