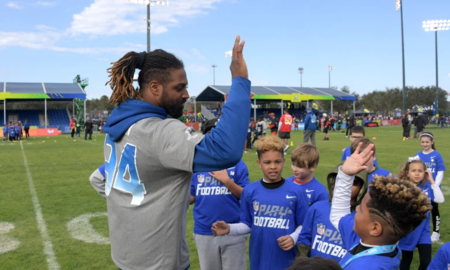 There are things you don’t do, like choosing to tug Superman’s cape or pull the mask off the Lone Ranger. You also don’t challenge New Orleans Saints defensive end Cameron Jordan to a race.

That’s what a few children and young teens discovered at an event ahead of the 2020 Pro Bowl when they lined up for a sprint against the 6-foot-4, 287-pound sack artist. Some NFL stars would take the opportunity to let the kids enjoy the spotlight for a moment by throwing the race. But Jordan treated it like a competition.

At least he gave them a second’s head start. But by the time Jordan burst out of his stance, it was no contest, leaving all three of his challengers in the dust.