Watch Out, NFC: The Saints Are Building a Defense (1 Viewer) 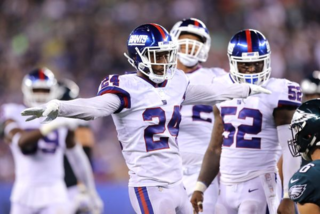 Don’t let cornerback Eli Apple’s recent price tag—a fourth- and a seventh-round pick—fool you: The Saints are getting a quality starting corner. Maybe not quite to the quality the Giants forecast when drafting the Ohio State Buckeye 10th overall in 2016, but certainly of enough quality to accelerate the ascension of this Saints defense. Apple can play press-man or zone. When he’s comfortable he has a natural poise to his matchup technique, especially from off-coverage, where he can mirror receivers. He’s also an effective tackler. If, as the Saints hope, a change of scenery ignites the personal maturation that Apple ostensibly never achieved in New York, New Orleans will have a defense that might not be of Super Bowl-caliber in and of itself, but certainly is playing opposite a Drew Brees-led offense.

Recall that in Apple’s impressive rookie season he played across from Janoris Jenkins, who that year performed at an All-Pro level, helping lead the Giants to an NFC East title. Now Apple is opposite an even better player in Marshon Lattimore—one of the few NFL corners who truly can travel with opposing No. 1 receivers. (The only place Lattimore can’t go is to the slot if it’s zone coverage.)

Lattimore rarely needs safety help, but Saints defensive coordinator Dennis Allen, who values variety in how his safeties are deployed, schemes just enough of it to keep offenses from getting a comfortable bead on his coverages. Having two quality cover artists outsides removes any lids on Allen’s schematic options. ...