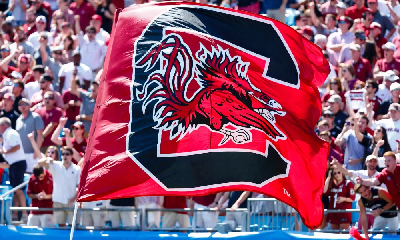 Joe Horn had an impressive career with the New Orleans Saints during the early 2000’s, leaving the team in 2006 with the second-most receiving yards in franchise history (7,622; that year’s undrafted rookie standout, Marques Colston, would go on to surpass Horn and Eric Martin with 9,759 yards upon his own retirement). He was a four-time Pro Bowler, and a heck of a player for the Saints.

But today’s story is focused on his son, Jaycee Horn. The younger Horn plays cornerback for the South Carolina Gamecocks, and his impressive Saturday fueled a 30-22 upset against the Auburn Tigers. If this is anything to go off of, he could star on the same NFL fields his father once did.

Sunday at 7:52 PM
Dan in Lafayette