We need to draft this guy in the 1st (1 Viewer)

Online
This dude is an absolute beast! Linebacker Greg Jones from Michigan St - 6'1, 240.

The first link, walterfoolball, has his weight listed wrong. He gained some muscle over the past year, and I don't think they updated his weight because everything I see says he is 240 and an ideal SLB. Nevertheless, the biggest knock on him is his weight, and he definitely added some more mass. The links talk mostly about him having to play around 235-40 to be an effective NFL LB, and he could easily drop to us because of all the talent at LB this year.

Online
Bumped for discussion because I am bored

Online
There are two things certain in life....death...and this team not taking a LB in the first round.

This is absolutly the guy I want. Is he coming out this year? He is perfect size for a SLB, plays the middle in a 3-4, and rushes the QB from a 3 point stance on passing downs. However, he leads 'Bama in QB pressures, but doesn't have many sacks.

Still, this guy would be nice addition to the black & gold.

Bonchie is absolutely correct on this one. We never darft LBs in the 1st round. Which kills me b/c I am such a big fan of the LB position.

Online
If we are talking about LB's neither Jones or Hightower has anything on Von Miller.

The SLB position isn't highly valued so the only way I see us taking one is if they are a combination of BPA and they can rush the passer. 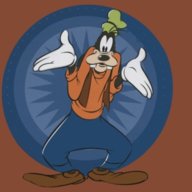 Offline
This may change this year
We will be in a bind with the cap & signing free agents.
Look for the Saints to stay away from the high priced positions
OP

I agree that we have a history of passing on LB (especially in the 1st), but this guy is an absolute STEAL at 32. Besides, as someone else mentioned on here, we are going to have some cap issues when the new CBA is enacted. A LB at 32 looks really good for you salary cap, AND SLB is arguably our highest priority position of need. Imagine what GW could do with a playmaking LB sitting next to JV - a guy who is fast, strong, can blitz, and cover the TE! Then, combine that with Casillas on the other side!!!
OP

JackDiesel said:
If we are talking about LB's neither Jones or Hightower has anything on Von Miller.

The SLB position isn't highly valued so the only way I see us taking one is if they are a combination of BPA and they can rush the passer.
Click to expand...

That is debatable. First of all, I am trying to be realistic. If you think that Von Miller is going to drop to us at 32, then you are mistaken. He will likely be the 1st LB taken in the draft, and we would be extremely lucky if Jones fell to us at 32. Secondly, he is strictly a 3-4 OLB. He is a pass rushing/hand in the ground OLB/DE hybrid. I'm not sure he is sound enough in coverage to make the transition to SLB.

Online
We used to never take a corner in the first round, but the last two years we have. You never know who this team might take. I think we really need someone who can rush the passer first.

Offline
is there a projection as to where he might get picked... early or late in which round?

Offline
Worry about the offseason after the season is over. You have ACTUAL GAMES to watch, and don't need to do mock drafts.

Offline
I would agree with Bonchie if it were not for our reported interest in Shawne Merriman during the offseason. I think that truckman also mentioned something about us liking Sergio Kindle who played DE alot at Texas. We brought in Thaddeus Gibson who played DE at ohio state too.


Based on our interest in those three i don't think that drafting a SLB first is out of the question, just don't get your hopes up. 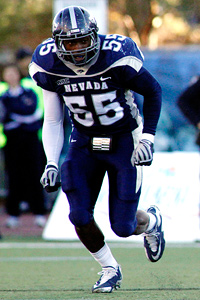 are the only guys that i could see us considering taking that high because of their athleticism and pass rush ability. They can both cover, play the run and rush the passer. They both have 9 sacks this year and beal has 20 over the last two seasons. Beal has a strong hand punch for a linebacker and Moch has 4.25 Speed.


Mark Herzilch Has outstanding awareness in coverage and has soft hands like a tightend, intercepting 9 passes his last two active years and would be a good 4th round prospect.
Show hidden low quality content

WR Draft: Olave, Wilson, Williams, or London. Who are you taking?

Tuesday at 1:57 AM
Joodas Avila