Offline
There were dropped passes today, that I know Horn would have made. They tore us up with the rush. And we had mistakes. I knew all week it was going to be one tough game. This was a MUST win for the Steelers and they got the win they needed. One positive...Atlanta lost. Another positive..Saints stayed in there all the way until the end. A very good NFL game and I'm pleased with the Saints performance, overall. The Defense has some work to do...they (the Steelers) were open with too many passes, but, our offense seemed pretty decent against a BIG Steeler defense. I'm disappointed, but, in no way concerned. It's the NFL...I don't expect us to win every week in a 16 game schedule. GO SAINTS!!!

Big time. I hope they're back on the field. They are critical to our success. 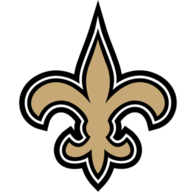 Online
I'll add to that statement

Offline
Absolutely. Craft was horrible, and Copper was good but blew it on the last drive. Besides that, we need to stop turning the ball over so much, and we'll be fine. Cincinatti should be another shootout though, so we will need the both of them to get back on the field. 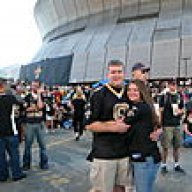 Offline
Yeah, I'll agree with this semi-negative thread. I think it would be better if we were paying a guy to catch balls, and he caught the ball. At this stage in the game, I think it's pretty rediculous that you're getting you're number called and you're dropping the ball to the point where you fumble it and cost us the game. It can be ssaid that we did a lot of things to cost ourselves the game, but the last play was our chance to make it all right again, and 18 fumbled it. Period.

I don't see Horn doing that.

Let me edit by saying that I don't think Copper is bad, I also can't say that he was thrown the ball as much before as he was today either, but today he did cost us. Reggie put us in a hole with his drop, but the game is on the line and you've got to get your head in it.
Last edited: Nov 12, 2006
OP
OP

Offline
I'm being serious, where I think we could have won or things could have been alot different if we had Horn today. A game like today needed his leadership and his ability at catching the ball and HOLDING ON to the ball.
Show hidden low quality content