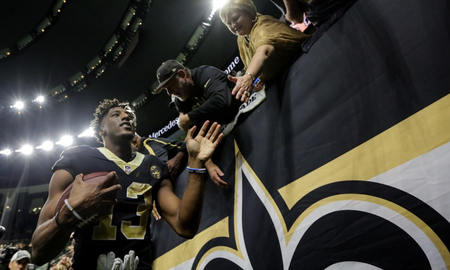 The New Orleans Saints became giant slayers on Sunday, and now they’re reaping the benefits. New Orleans is a unanimous number one across the board, with every Week 10 NFL power ranking putting them at the top of the league. Pretty, pretty good. Let’s run through it:

Expectations were obviously high for the Saints to start with. But they have exceeded them so far by proving they can win with different styles during a brutal three-game stretch (come-from-behind slugfests at Baltimore and at Minnesota, then a 45-35 track meet at home against the Rams). It helps that Drew Brees, Alvin Kamara and Michael Thomas are putting together one of the best “triplets” seasons in NFL history. — Mike Triplett ...