The Saints and Falcons both saw their playoff chances increase after going 2-0 and seeing another NFC South competitor, Carolina, drop to 0-2. The Saints improved more than the Falcons because they scored a win over another playoff contender, Philadelphia. The Falcons did pick up a big division victory and have a strong 60 percent chance of making the playoffs, which is fourth best in the NFC.
Click to expand...

I was intrigued that even though the Saints and Falcons are the only 2-0 teams in the same division, the Saints (at this point) are still a 62% favorite (according to AccuScore) to win the division - not just make the playoffs, with the Falcons at 35%.

AccuScore's showing the Saints with nearly an 80% chance of making the playoffs, second only to the Vikings at 91%. Just an FYI.

Online
It's like when you watch the World Series of Poker and see all the percentages in the corner... 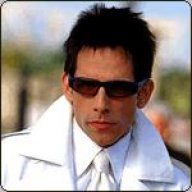 Offline
^^^^no. It's what happens where there's only one other team in your division. I know. I'm a Steelers fan. Every year the Ravens or the Steelers HAS to make the playoffs. It's the only possible solution.
Show hidden low quality content