Offline
I know that this in no way defines a man as a coach. I also know that my thread title is awful and slightly confusing. But someone asked, in an earlier thread, about the players McGriff has coached that have gone on to the NFL. So I got the board and did the research.

Now, I only went back to 2007. Before that, he holds positions as a recruiting coordinator, Running Back coach, and CB coach. His level of player involvement in those years can get pretty convoluted and I thought better to just stick to his days as a secondary coach.

From 2007-2010 he was the Secondary coach for the Miami Hurricanes.

*To avoid future arguments, A player drafted out of Miami in 2007 would not have been coached by McGriff, because the 2007 draft class would've played under the 2006 season.

2008 - Kenny Phillips. Drafted 31st overall by the Giants. Kenny is the highest drafted player to ever be coached by McGriff. It is important to note, that Phillips only played one season under McGriff and was named to the ACC 1st all team in his sophomore year and the All Freshman team. He was already a well established player before the arrival of McGriff.

2010 - No one was drafted out of Miami's Secondary. Sam Shields went undrafted to the Packers and has made a significant contribution.

2011 - Brandon Harris. Drafted 60th overall by the Texans. Is a 4th sting player and has had very little impact as a pro. Recording only 14 tackles in his 2 years.
Demarcus Van dyke. Drafted 81st overall by the Raiders. He ran a 4.28 forty, which obviously put him on Al's radar. After recording only 10 tackles and 1 int, he was released by the Raiders and now plays for the Steelers. He is currently on the practice squad.

In 2011 McGriff became the Secondary coach for Vanderbilt.

2012 - Casey Hayward - Drafted 62nd overall by the Packers. Hayward is one of the best defensive backs to come out of the 2012 draft and had a spectacular season. But again, it is important to note that McGriff only coached him for one season and prior to that he was already a well established player and was 3rd in the NCAA for passes defended.


In 6 years of coaching, He's had 4 players drafted into the NFL. 2 of which were already established stars before he arrived on the team.

Of the 300 and something players invited to this years combine. McGriff has coached only one of them. Brandon Mcgee out of Miami. Wait, it gets worse. Mcgee was one of the top prospects coming out of college. In his first 2 years at Miami, he was considered a bust and failed to make any impact on the team. It wasn't till his Junior year, (the year McGriff left) that Mcgee became a huge contributor and starter for the Canes.

Holy crap! I went into this thread thinking I was going to come up with all this great coaching history for McGriff and now I've just made myself depressed.

Ole Miss was 83rd in defending the pass last year. They were 24th in 2011, before McGriff was hired.

His Highlights seem to come before his time in Oxford.

I'm sure none of the information I've provided has any bearing on the coaching abilities of Wesley McGriff , but I thought it would be useful info for the die hard Who Dat.

Offline
Thanks for the info, didn't know much about the guy so this helped. But you do realize he was the DB coach right? Not the DC. His job was to try and correct the weaknesses in the player's game, probably spent a lot of 1 on 1 time with them as well. It was ultimately the DC's choice how to play these players and what positions to put them in.

Also it seems like you are discrediting a couple of players he coached just because they did better after he left. Is it not possible that the foundation McGriff laid was key to their success? I'm just saying, Payton and Loomis knew all of this info that you just posted and probably 50 times that amount, I trust their instinct.

WhoDatElite said:
Ole Miss was 83rd in defending the pass last year. They were 24th in 2011, before McGriff was hired.
Click to expand...

Ole Miss was 2-10 that year. The game was usually over by the end of the 1st quarter. We gave up, on average, 224.9 yards rushing a game, which happens when you're getting blown out. Ole Miss had a below 100 ranked defense that year. Teams didn't pass because they didn't have to.

Stats are dangerous, listen to the people who also watch the games.

Offline
Thank you for putting in the effort. I know this information may not be what the SSF wants to read, but facts are facts and good or bad, need to be known. I trust the Saints brain-trust to pick the right man and wish Coach Crime Dog all the best. If he doesn't work out, I trust the Saints to replace him.

Offline
Secondly, I'm not sure what's so confusing about his time prior to 2007. He coached the secondary at Baylor from 2003-2006. That's pretty clear. And he coached cornerbacks alone at Kentucky in 2002. Pretty simple right?

In 2005 and 2006 he had two Baylor graduates from the secondary drafted to the NFL, CJ Wilson and Willie Andrews. This was out of 4 total Baylor players drafted.

Incidentally, Ole Miss has only 2 senior draft propects for the 2014 draft, one of which is Charles Sawyer.

So we have 22 players draft during McGriff's tenure, and 6 were coached by him.

I mean, since we're playing with stats, McGriff has been responsible for around 30% of all draft picks on college teams he coaches at for the past decade.

Sounds pretty damn impressive to me.

Over a decade coaching exclusively the secondary

Has improved the defensive efficiency of the secondary at every single school he has coached at except for Ole Miss which, well, there are reasons for that.

Responsible for around 30% of the NFL players produced by all the schools he's been at.


Which unpleasant facts are we talking about here Zardnok? 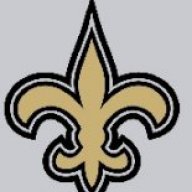