What could Drew Brees' next Saints contract extension look like? (1 Viewer) 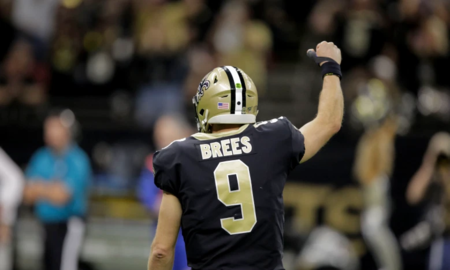 Drew Brees intends to play in the 2020 NFL season, which is great news for the New Orleans Saints. Starting Brees at quarterback presents their best opportunity to win another Super Bowl title, but getting both parties to the negotiating table is the easy part. Now that both sides are interested in keeping this relationship together, they must hammer out a contract extension.

It’s gone easier in past years, thanks to the rising salary cap and Brees’ willingness to take team-friendly contracts. His last extension was a two-year, $50 million deal that paid out nearly $10 million below the price Brees could command on the open market; six other passers currently make $30 million or more per year, and the best quarterbacks are earning $35 million each season they suit up. Brees accepted a lower rate to help out the team, but it actually runs deeper than that.

In addition to a depressed salary, Brees also structured his contracts to run year-to-year, rather than tying the Saints to him over four or five years. That acknowledged the possibility that he could fall off a cliff at any time, much like other aging passers did before him (see: Brett Favre and Peyton Manning). While Brees will leave sizable dead money hit behind once he retires, it won’t set the Saints back for a decade.