What do You Guys think? (1 Viewer)

Offline
What do you all think of Craig Steltz, Jonathon Zenon, Chevis Jackson, and Ali Highsmith 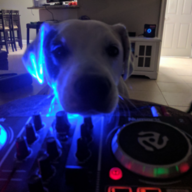 Offline
I think this will be an epic thread!

Offline
I don't think we will see any of them in a Saint's uniform next year, the aren't the best fits for our defense.

Offline
Don't think much of them in NFL terms. Jackson should end up being a nice CB, but the rest are career backups. Not even positive Zenon will make an NFL team. 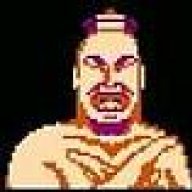 Offline
They all played for LSU. What do I win?

shadeaux said:
I think this will be an epic thread!
Click to expand...

Offline
I would take one of the corners in the 4th round. And Ali HIghsmith in the fourth, which is where he might land after that 40 time at the combine.

Jackson is the best of them, he's probably a third round pick. Highsmith was killed by his terrible 40-yard dash time of 4.96, which is slower than some offensive linemen. He's probably a 4th or 5th round pick. Steltz is in that range as well - great instincts, iffy speed. Zenon is slightly below him, probably a 6th round pick. Just my opinions..

I don't think Steltz will amount to much in the NFL. If he's luck, he might wind up on a practice squad..so, I'm saying UDFA at best!

I see a team taking a chance on Zenon, but don't think he'll amount to much either

Jackson, I can see being drafted and has the capabilities to make a nice #2 or nickel back on a team within two years, but don't think he'll be drafted any higher than the fourth round

Highsmith is a big question mark. He looked great at LSU and even though his combine time was horrible, I think he will make a roster and become a ST demon and might work his way into the rotation as a backup for the LB spot. I have to be honest in that I hope he goes undrafted and the Saints give him a shot. His combine really killed him, but I do think he has what it takes to make an NFL roster.


I think these guys individually were good, but not exactly NFL caliber. What made these guys so great is that they played in a well coached defense and leveraged one another to become a great D. I just don't see them standing out as a great player and will need serious talent around them to excel at the next level.

Offline
I think if I have to read one more thread or post like this, I'm going to

CargoJon said:
I think if I have to read one more thread or post like this, I'm going to

Offline
I think they rode Dorsey's coat-tails as far as they can.

I think that there's probably been a thread or two on this subject before. Just a guess.

I realize you're new, so I'll cut you some slack, but your thread title says "What do you guys think?" Why wouldn't I read it?

If it had said "Ultra-homeristic LSU draft thread who concentrates only on drafting players because of where they went to school despite poor combine performances", (which would have been a more appropriate title), I probably would have just moved on to the next thread without bothering to read it.