What does Donald Trump think about Saints-Rams no-call? (1 Viewer) 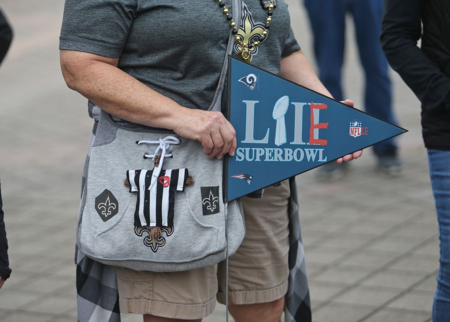 Donald Trump said the controversial missed call by game officials that negatively impacted the New Orleans Saints in their NFC Championship loss was “a bad call.”

“Maybe it was a terrible call,” he said.

The President was asked about the missed call when he sat with Margaret Brennan of CBS News for a recorded interview that aired Sunday (Feb. 3) before Super Bowl 53.

“It was certainly a bad call,” he said. “And you know the Saints are a wonderful team with a great quarterback. And it’s a shame that we couldn’t have seen that game finished out, because that was a beautiful pass. And it was a perfect pass. And he was not just interfered with, he was — he was really hit hard. So it’s a shame that that had to happen. Who really knows what would have happened in the end? But certainly they would’ve been in a very good position to have won that game. But it is what it is. It was a bad call. I don’t think anybody denies it was a bad call. Maybe it was a terrible call.” ...