What happened at the first Saints-Chargers joint practice (1 Viewer) 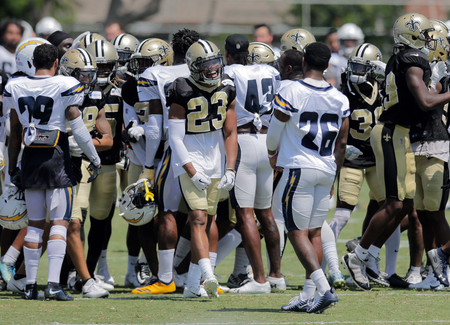 COSTA MESA, Calif. -- The New Orleans Saints and Los Angeles Chargers competed intensely for two-and-a-half hours on Wednesday, but unlike other joint workouts, the teams never crossed the line into fisticuffs or chippiness.

Jeff Richards got in the face of Michael Thomas after the Saints receiver stiff-armed him near the goal-line during one-on-one drills. Thomas said Richards didn’t like the move and let him know about it.

Mark Ingram and Adrian Phillips exchanged an extended stare down during team drills after the Chargers safety wrapped him up Ingram and tried to strip him of the ball.

“We’re not backing down from anybody,” Saints cornerback Marshon Lattimore said. ...