What have Saints missed with Ted Ginn out? A look at key differences, routes, more (1 Viewer) 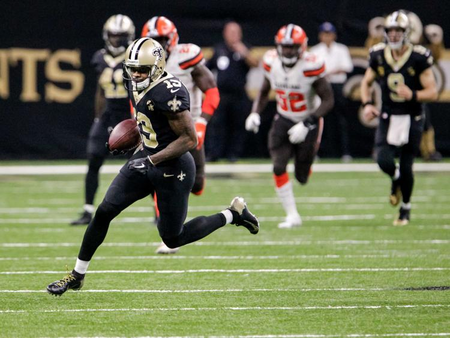 Most everyone assumed that the New Orleans Saints lacked a specific piece of their passing attack, and that it would show up in the numbers.

Surely in the raw route data, anything with an arrow pointing up would be down this year.

There are key differences in the offense. There are areas where things have been lacking as the Saints worked to find a consistent downfield presence while Ted Ginn Jr. sat on injured reserve.

But here's the surprising thing: A breakdown of routes by Sports Info Solutions shows that the Saints have been able to maintain their numbers on most vertical routes.

Now, of course, you need nuance to make sense of the raw data — but still, the raw data is surprising. The reason for that, as is with most everything in New Orleans' passing offense this season, is Michael Thomas.

The star wide receiver has continued to grow during his third season. He has lifted the averages of many of the routes in the Saints offense by becoming more diversified in the things he's doing — or in some cases, just doing more. ...