Offline
Reading Tripplet's recent article Brandin Cooks of New Orleans Saints hints at frustration with his use it had me wondering, as great as Cooks is, and as much as we could use him around (need to too strong a word considering we have Snead and MT), say these feelings are growing, and he does become more vocal about his disappointment in his usage, what could we net for him in a trade?

This isn't a bash Cooks thread, or a, "Cooks is just a kid, so give him time to change." This is a thread about what could we realistically expect in return for trading Cooks.

El Caliente said:
need to too strong a word considering we have Snead and MT
Click to expand...

It isn't too strong a word considering he's the only realistic deep threat on the team. Lose him, and the entire field becomes compressed for the defense.

Not having a safety on permanent deep duty would go a long way into blunting everything else the team is doing on offense.

Trade value? If everyone accepts your premise that he's disgruntled, almost zero trade value. Just wait for the contract to expire or for the Saints to release him. If they wanted to trade to get in front of the line ... maybe a second or a third with an average rotational player thrown in? I feel most teams would want to take their chances in the draft with a first. No need to go crazy trying to acquire someone the team is never going to successfully resign.

Edit: looks like I'm catching some blowback. I think the entire premise is asinine. I was just going along with what I think other teams would be thinking if the Saints tried to deal a disgruntled player. Summary: why trade now for someone you think will end up on the free market anyway?

Offline
a late first rounder, or early 2nd.
Here's my take, if you don't want to be here, don't let the door hit ya, where the Good Lord split ya.

Offline
From the article

Cooks' discontentment also came up earlier when he had a total of five catches for 44 yards in Weeks 3 and 4.
Click to expand... 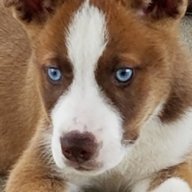 Offline
Belichick would trade him. It seems he always cashes in on skilled positioned players that do well one season, then gets a first round pick. I like Cooks, but if we can upgrade the defense with a beast pass rusher, I wouldn't mind.

Offline
Bad enough we gave away Kenny Stills to the Dolphins and now you think we should part ways with one of our offensive ASSETS. He IS the deep threat that no one else on our roster currently is. Just because we didn't utilize him in one game and he complains. Dez Bryant has done that from day one and have the Cowboys traded him? So I ask you who do you replace him with? He's not going anywhere.

Offline
No way you break up the band right now. We have a young, top notch receiving corp. This is the Saints remember, where Brees gets the ball to the open guy every single time. I seriously doubt Brandin Cooks is upset if we're winning games. This was a click bait article. Cooks has a very important role in this offense and he knows it. They all work together to maximize their production.

Offline
So the only proof we have he's "upset" is a Triplett article that mentions something a few weeks ago with no proof and his own interpretation of a single tweet.

Offline
This is one guy you cannot afford to lose. He's the only deep threat, big play WR we have. He's not as good as Devery, but he's pretty consistent when the ball is thrown to him. Hopefully he'll have a field day against the Falcons since Trufant is gone.

Offline
This would be an enormous mistake of epic proportions!!! I would trade Brees before I would trade any of our young receivers, and I am not kidding. These guys ARE the future of this team and will be the cornerstone of our offense for the foreseeable future. Brees, at best, has 3 years in him...AT BEST. Cooks has AT LEAST 10 years!!!

Offline
Not touching this one with a 7ft pole. 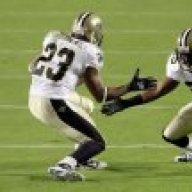 Offline
All of a sudden Brandin Cooks character is brought into question because of a damn cryptic Instagram post, and we now want to know his trade value...unbelievable.

Offline
Its fall, the trees are producing nuts, and the squirrels out.

Offline
oh for ****s sake, a player is taken out of a game by a defensive game plan and the offense adjusts for one game and we are talking trade? 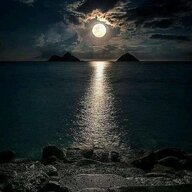 DJ1BigTymer said:
This would be an enormous mistake of epic proportions!!! I would trade Brees before I would trade any of our young receivers, and I am not kidding. These guys ARE the future of this team and will be the cornerstone of our offense for the foreseeable future. Brees, at best, has 3 years in him...AT BEST. Cooks has AT LEAST 10 years!!!
Click to expand...

Speaking of a trade that would be enormous mistake of epic proportions...trade Brees?
Show hidden low quality content