What is your best game? (1 Viewer)

I don't mean what your favorite game is

I mean, what game is YOUR best game?

What game are/were you better at than any other?

What game can you get through with out dying once?

Without upgrading any weapons, magic or armor?

In some third rate pizzeria in a small run down town is there a Q*Bert arcade console that has been bought and sold a dozen times that still has your initials as the top score?

Mine is probably Tecmo Super Bowl.

Not the original with crazy Bo Jackson but the next one still on NES, the 1st with all teams (I think it was 28 at the time)

I'd probably be embarrassed to find out how many hundreds (thousands?) of hours I played that game - I've told this story here before but that's the game that made me a Saints fan

That's the one game I was better at than any other

No offense, but I would smoke you in Peggle. You probably use zen ball.

The Mongoose said:
No offense, but I would smoke you in Peggle. You probably use zen ball.
Click to expand... 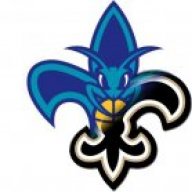 
I win every time not one of those little buggers survive the night.

Offline
bf3 Metro map with AN-94

You've proven that talent across many titles, not just Blur.

Twenty said:
You've proven that talent across many titles, not just Blur.
Click to expand...


I win every time not one of those little buggers survive the night.
Click to expand...

Yeah but they turn your poop black. Joke's on you. Pwnt.

Offline
I'd destroy all of you at your best game FYI

Offline
When I was a kid, Super Metroid.

At home, now, I'd say Trivial Persuit the video game. I smoke my family. They actually won't play me anymore. 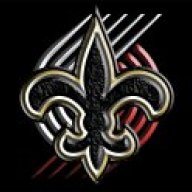 I would have taken that challenge back in the day. Also, Mortal Kombat on genesis.
Show hidden low quality content